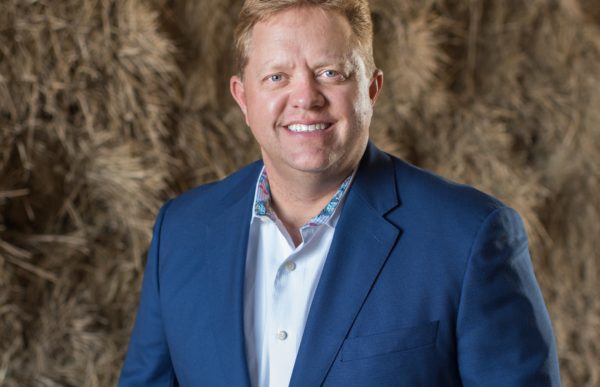 THERE’S A SNAKE IN MY BUMPER!

Occasionally in life, there are snakes that are laying in wait to scare you. There may even be people who know they are there but don’t bother telling you. There may even be people who consistently push your buttons! How do you handle them? The reality is that the majority of us are perfectly content to simply do our jobs than to tell anyone who we are and why we do what we do. The sad truth is, in the absence of our voices, those who don’t know us, don’t understand us or don’t like us are redefining who we are. No matter what you do we MUST be Viable, Valuable and Visible to remain successful and avoid the snakes and the button pushers!

THE POWER OF AN INCH

On January 19th, 2015 a farm accident would bring me within one inch of loosing my life. Because of that accident I have experienced pain that I did not know existed, that now I don’t even remember. After a year, I have aches on an almost daily basis that remind me of how great life really is. I have experienced the love of people that I did not know was possible. I have felt, like I have never felt.

I will be the first to admit that I have fallen and failed more times than I can recount. All to often, I have also not “stood” well during times of challenge and controversy. The fact of the matter is I cannot do anything about any of those past moments. The one thing I can do is live for the inch that I have been given. Every day that the sun comes up for each of us, we have been given a new inch to live. So, live it! There is great Power in an Inch.

ARE YOU FROM MEXICO

Regardless of the industry you exist in, when we tell people what we do we might as well be from a foreign country even though we might live right down the street. They don’t know who we are, where we’re from or why we do what we do. When they do meet one of us they usually look at us with curious bewilderment and ask questions that we feel are as ridiculous as asking a farm boy from New Mexico if he is from south of the border. In these current times, the disconnect between the American supplier and the average American consumer could make the Grand Canyon look like an irrigation ditch. The most important question is where did the disconnect come from and how do we fix it?

“Who’d you say you are?” Personality Seminar (3 hours)

Have you ever taken one of the MANY personality test that exist? Well get ready, because you’re going to take one more! Don’t worry this one’s only 10 questions long. The DiSC personality test is one of the best available. It’s a great way to find out who you are and gives you a great insight into who others are. After identifying your personality we will take it one step farther, we will go through several interactive activities that will help you understand others and be able to communicate with them. After all, what is more important, the message you have to deliver or having someone hear what you are trying to say? This seminar is a high energy, energetic, fun and a very helpful way to help you deal with everyone you meet everyday.

Whether someone carries a broom or a briefcase to work… they are a leader. During this seminar we’ll walk through practical ways to improve your leadership skills. We’ll identify the qualities and characteristics that YOU see in YOUR everyday Heroes. We will work on ways that you can implement those characteristics into your life. We will also talk about your “vision”, your circle of friends, how to avoid making decisions, how to give and receive criticism and the keys to unlock your leadership potential. This is not a ‘cookie cutter’ class on leadership. It’s a class that takes you where you are and works on the skills that you need.

The purpose of the Vision Web is to objectively teach how power and enthusiasm are generated in teams with a shared vision.

During the exercise, you will have the opportunity to participate as a member of an “organization,” a team leader, or as an observer. You will notice that during the simulation exercise, all areas of the team are connected to achieve the objective. You will also see how single action directly affects the entire system.

This exercise is an extremely powerful simulation exercise that reflects almost every type of organization. You will see and experience conflicts and problems from team members being unaware of your vision.

At the end you will be able to ask yourself, what do we have to do so that everybody will pull together to achieve the organization’s objectives?

The most fun I ever had in a leadership training class AND I can use this ever day!

I had no idea what was going on, what we were doing or why we were doing this. In the end, it was the most incredible exercise in leadership I have ever experienced. I now see the true need for everyone to see the Vision.