Convention Connection is your premiere source for outstanding speakers. With over 30 years in business, no other speaker bureau offers the experience, expertise, or personal service that you will find with us. That’s because we’re more than just a bureau. We’re a part of your team, guiding your to success every step of the way. The speaking industry is constantly evolving, and so are we. By adapting to the latest technology and fine-tuning our speaker selection and systems, we offer dedicated, personal service- event after event, year after year. From speaker selection, research, and contract negotiations, to travel arrangements and contingency plans, we take care of the entire process for you. Our success is defined by the success of our clients. We believe this can only be achieved by developing a strong relationship with you, regardless of your size, budget, or the type of event you’re holding. With a long list of satisfied and returning clients, we have proven our value and expertise time and time again.

What makes us different? In a word: experience. We’ve been in business since 1982, and many planners on our team have been with us for years. Our knowledge of the speaking industry and dedication to our clients is second to none. To make this work, we need to keep their fingers on the pulse of the industry and know what’s happening before it happens. In turn, we pass this expertise along to you.

In another word- attention. From our first meeting until well after the standing ovation, our clients always receive the personal attention they deserve. We know our speakers and what makes them perform at their best. And we listen to the unique needs of each client to customize the best possible solution. 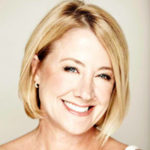 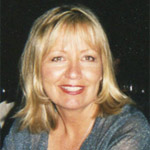 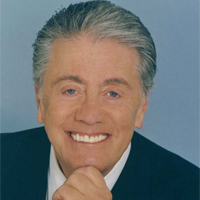 Donny Conn is the founder and CEO of Convention Connection. A graduate of the University of Connecticut with a degree in Behavioral Science, Donny first pursued a career in entertainment, earning six gold records with the popular music group The Playmates. He later turned to comedy writing, which opened his eyes to a career in public speaking. When his speaking career took off in 1980, Donny delivered more than 100 speeches a year to all types of groups, ages and interests, including Meeting Planners International, the Society of Company Meeting Planners and the Western Conference Association Executives.

After his speeches, many of Donny’s clients would ask him for recommendations for keynote speakers for the following year. Donny began to build a roster of qualified, talented and professional speakers so he could make educated recommendations to his clients, and founded Convention Connection Speakers Bureau shortly thereafter.

Donny Conn’s unique perspective as both a speaker and a client has contributed greatly toward the company’s success. Our firm knows first hand how speakers think and what they need. And we knows what clients need and expect from keynote speakers and entertainers to host a successful event.