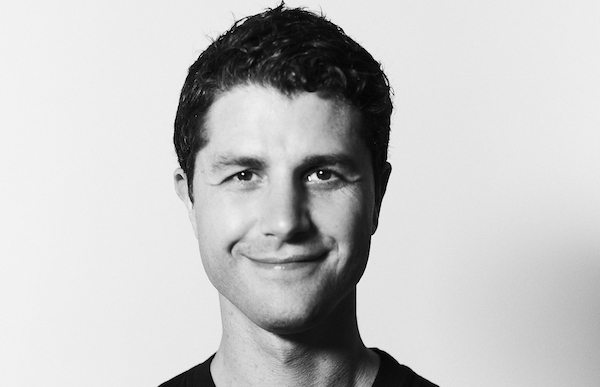 #1 New York Times bestselling author of What Do You Want To Do Before You Die?

5 Steps To Make The Impossible Possible

Ben Nemtin is on a mission to achieve the unthinkable. From playing basketball with President Obama to streaking a soccer field, from raising over $400,000 for charity to placing a record-breaking $250,000 bet on roulette—Ben’s bucket list quest has inspired millions to follow their personal goals. Ben weaves the compelling story of how The Buried Life grew from 100 impossible dreams scribbled on a piece of paper into a global movement of millions and skillfully connects his story to the fabric of our daily lives.
Ben’s message of radical possibility combined with his ‘5 Steps to Make the Impossible Possible’ leaves audiences not only inspired but also equipped to tackle the seemingly insurmountable.  Ben’s system of achieving impossible goals demystifies daunting tasks by turning ‘dreams’ into ‘projects’ and creating a digestible pathway to success. Don’t look back and regret the things you never did, it’s never too late to start your list.

The future of corporate culture is being shaped outside of the office. Ben knows firsthand that pursuing your passions brings you purpose, fulfillment and happiness. The simple truth: you won’t get your employees to devote themselves fully to your organization if you aren’t helping them achieve their dreams. Encouraging employee dream realization creates a healthy work-life balance which is the key factor in determining employee happiness.
Ben’s program educates audiences about the importance of a bucket list, creates a safe space for sharing dreams and inspires audiences to act on it by building tiers of accountability. The tools he leaves behind allow employees to turn their enthusiasm into action, with the help and encouragement of their employer. Employee dream realization increases retention, aides recruitment and aligns work-life balance which leads to happiness.

It’s Ok To Not Be Ok

Ben is a #1 New York Times Bestselling author, starred in his own MTV show, met President Obama at the White House, has been interviewed by Oprah and has been living his dreams for the past decade. He also struggles with depression. You might not guess this is a struggle for Ben and that’s exactly why he wants to talk about it. In university Ben was hit with a crippling depression that forced him to drop out of school and retreat into his parents house. It wasn’t until he made some key changes that he started feeling like himself again. Ben redefined what he needed to optimize his health and lead a balanced life. This meant change and that change manifested itself as The Buried Life – a commitment to finally follow his buried passions.
Ben is a mental health advocate who believes the stigma of mental illness can be broken by having open, honest conversations. He believes that it is not on the 1 in 5 that struggle with mental health to break the stigma, it’s on the 4 out of 5 that don’t. By showing how his vulnerabilities have become his strengths and underlining that all humans struggle, he gives others the courage to talk about their own internal battles and normalizes the conversation. Ben shares the tools that help him cope with the stresses of life and emphasizes that it is ok to reach out for help. His astounding story and authentic levity gives audiences hope and normalizes behavior health in a healthy and vibrant way.

Ben Nemtin is the #1 New York Times bestselling author of What Do You Want To Do Before You Die? and the star of the MTV show The Buried Life. As the co-founder of The Buried Life movement, Ben’s message of radical possibility has been featured in major media including The Today Show, The Oprah Winfrey Show, CNN, FOX, ABC, CBS, NBC News, and more. Oprah called Ben’s life work “truly inspiring.” An acclaimed keynote speaker, Ben has presented his ‘5 Steps to Make the Impossible Possible’ to business conferences and corporate leadership teams around the world, garnering standing ovations from Amazon, FedEx, Harvard, Levi’s, Microsoft, Verizon and more.

A decade ago, Ben was knocked off his feet by a heavy depression. In an attempt to feel more alive, he created the world’s greatest bucket list with his three best friends. They borrowed a rickety old RV and criss-crossed North America, achieving the unthinkable. And most importantly, every time they accomplished a dream, they helped a complete stranger cross something off their bucket list. From playing basketball with President Obama to having a beer with Prince Harry, from raising over $400,000 for charity to placing a record-breaking $250,000 bet on roulette—Ben’s bucket list quest has inspired millions to chase their dreams.

If you want a lesson in boldness, and to cross things off of your bucket list, there is no better teacher than Ben Nemtin.

Ben took the time to understand our company and culture and adapted his presentation for us. He even arrived the day before and attended several of our other conference events and utilized his observations to further customize his remarks for Camden. The feedback from our employees was phenomenal. Many said Ben was the best speaker they had ever seen. Ben is relatable, humorous, inspiring and motivational. He brought energy and a positive message that invoked thought and emotion. We highly recommend Ben.

I like the way you help folks, keep doing what you’re doing.